Whenever I think of fine dining in Puerto Rico, 1919 comes at the top of the list. We have been lucky enough to travel the world and dine at various Michelin starred restaurants and can safely say that the food and service at 1919 is up there with our top culinary experiences. 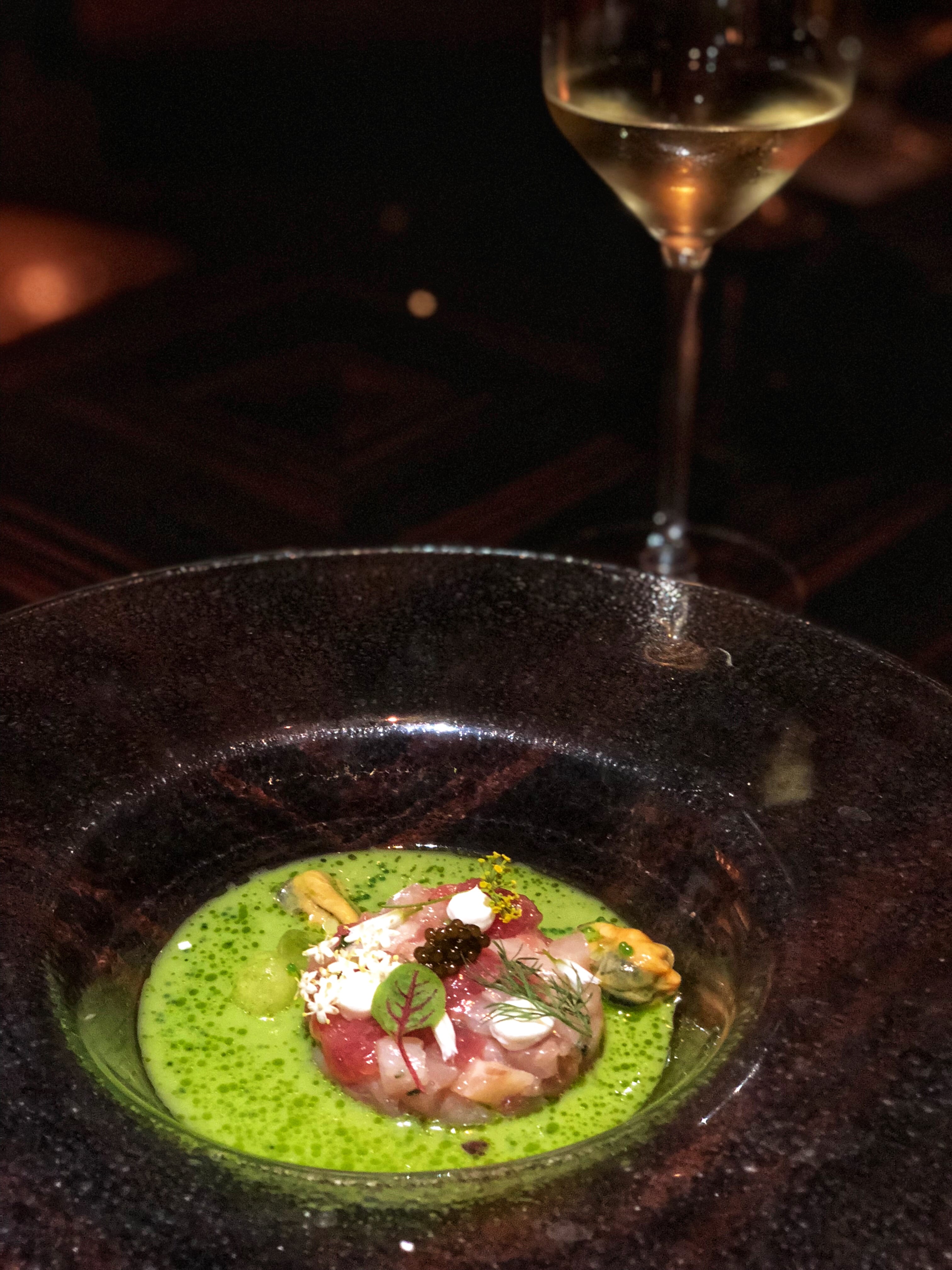 The restaurant is located at the historic Condado Vanderbilt Hotel. It is helmed by executive chef Juan Jose Cuevas, a Puerto Rico native and Culinary Institute of America honors graduate, who honed his culinary skills at the kitchens of the three-Michelin starred Akelarre in San Sebastian, Alain Ducasse at the Essex House, Lespinasse in New York City, and the Pluckemin Inn in Bedmister, New Jersey. While serving as executive chef of Dan Barber’s Blue Hill in New York City, the restaurant earned one Michelin star. 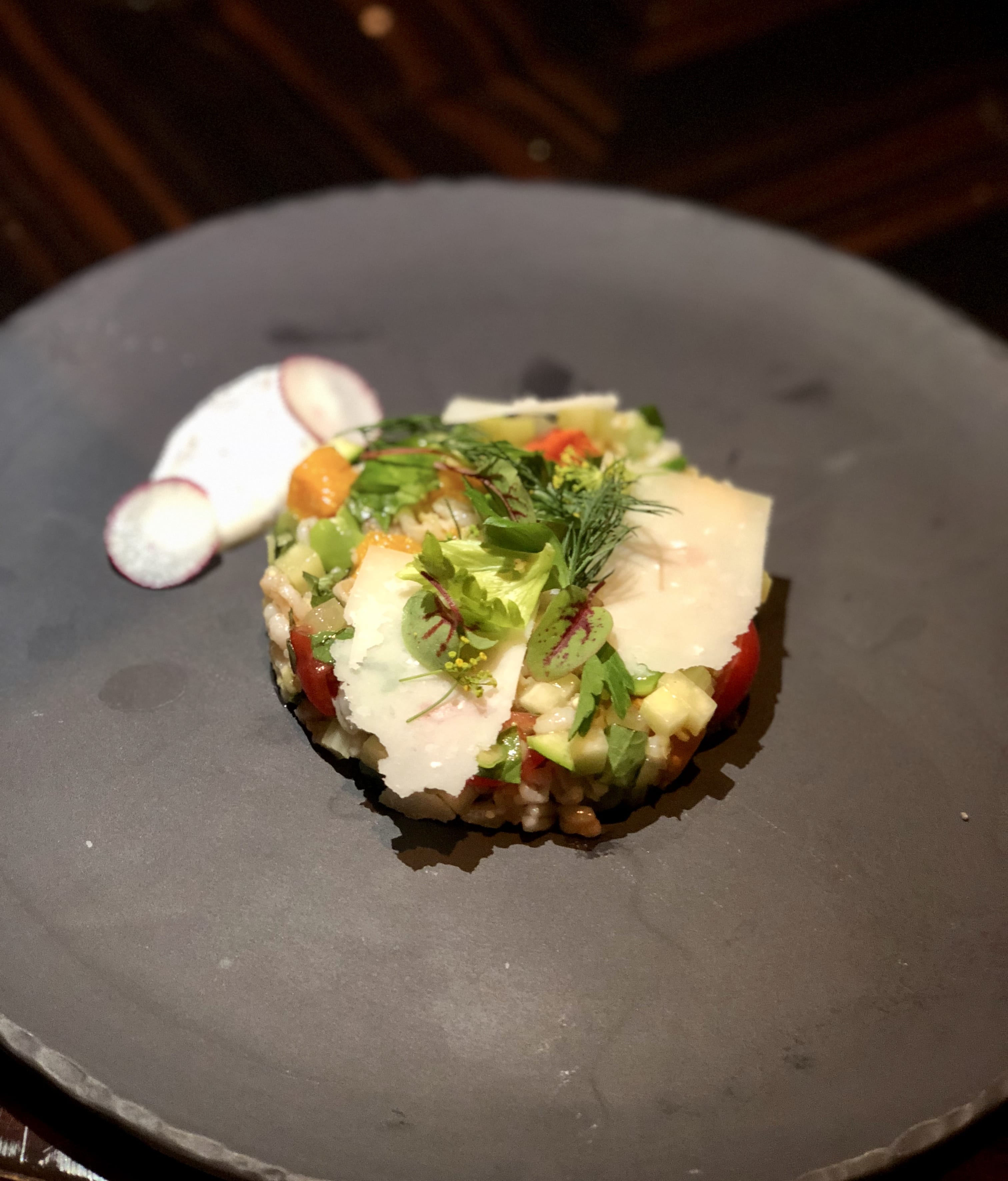 An avid believer in the farm-to-table movement, the restaurant’s locavore-centric menu is inspired by the seasons. The chef works hand in hand with local farmers, fishermen, and producers who supply the restaurant with vegetables, seafood, wild greens, poultry, and meats to ensure the quality of the products to be featured in the restaurant’s menu. We were lucky enough to be invited by Chef Cuevas to enjoy 1919’s new Spring menu. After a spectacular meal, we sat down with Chef Cuevas to talk about his creative process, what we can expect from the new menu, and his favorite dishes. 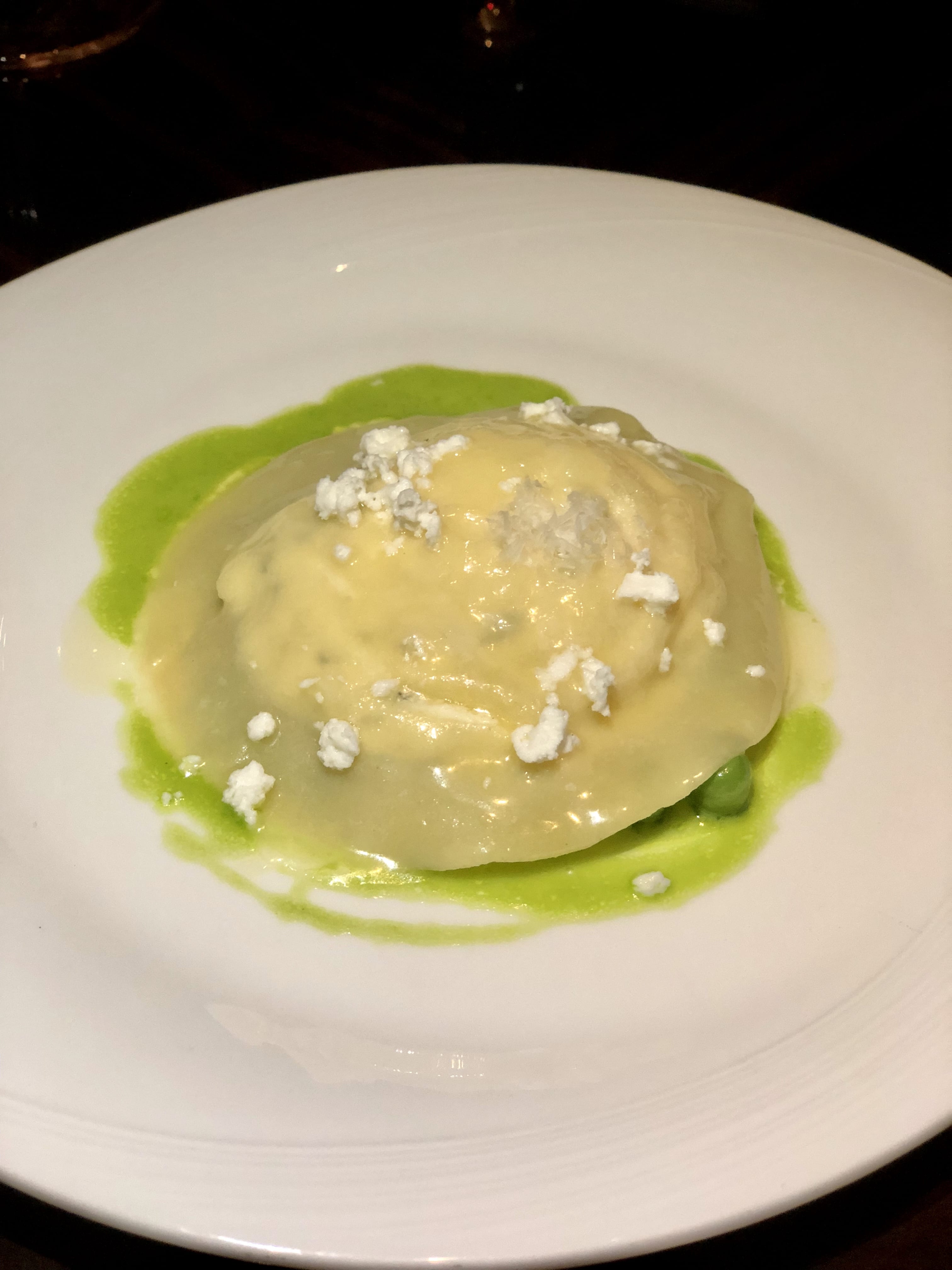 “The creative process for the new menu begins two to three months before it debuts. I contact local farmers to see what products they will have available. Also, if I am interested in specific products, they let me know if they can grow them” states Cuevas. A month prior to its release, Cuevas and his sous chef perform various tests and serve some dishes during the restaurant’s chef tables to get feedback from the clients. After all this back-and forth, the menu comes together and presented to the public. 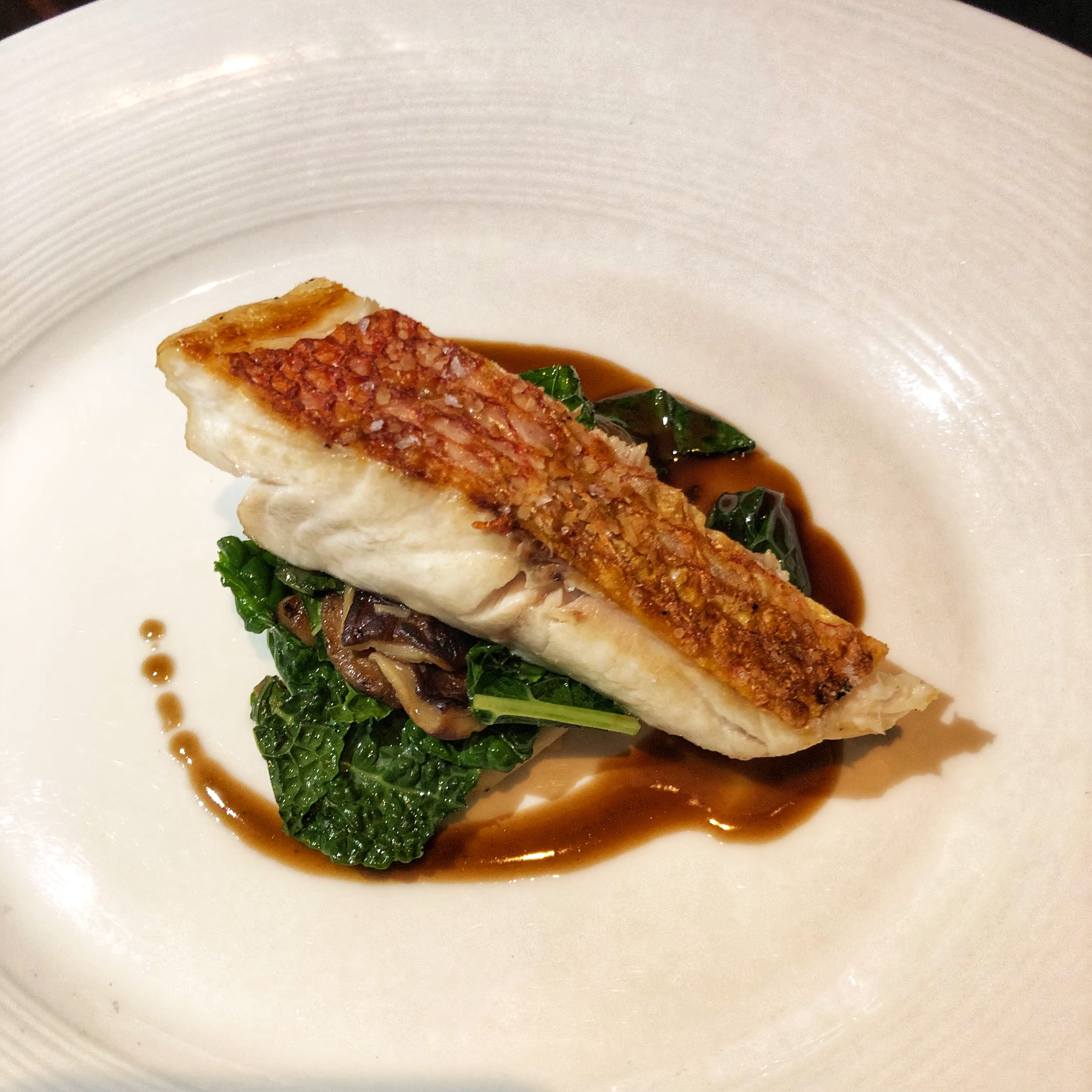 “The changes in the menu focus on the vegetables, since most of the proteins we use are available year-round” added Cuevas. Among the predominating ingredients in the Spring menu are cucumber, zucchini, peas, favas, dried pumpkin, ramps, green garlic, asparagus, and kale. 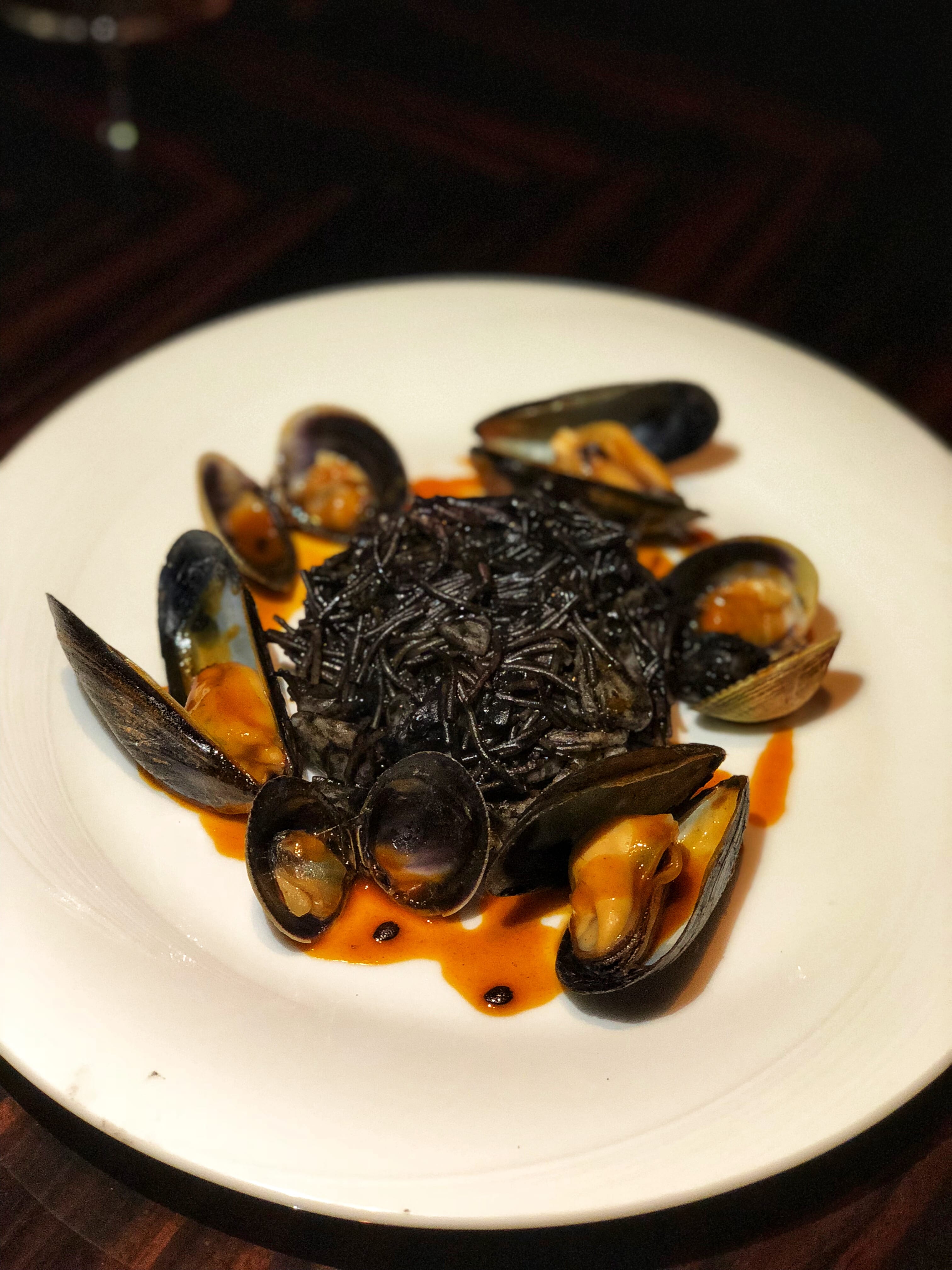 When asked about his favorite menu items from the first course and second course starters are the Tuna-Hiramasa Crudo, Organic Grain Salad, and the Local Goat Cheese Ravioli. For the main event, chef suggest the Cochinillo or the Roasted Duck Breast with Eggplant Lasagna and Charred Broccolini. A dish that Chef Cuevas did not mention, but I believe should be on this list is the Squid Ink Fideuá served with mussels and calamari. Although this is usually a side dish, it can also be ordered as a main course. 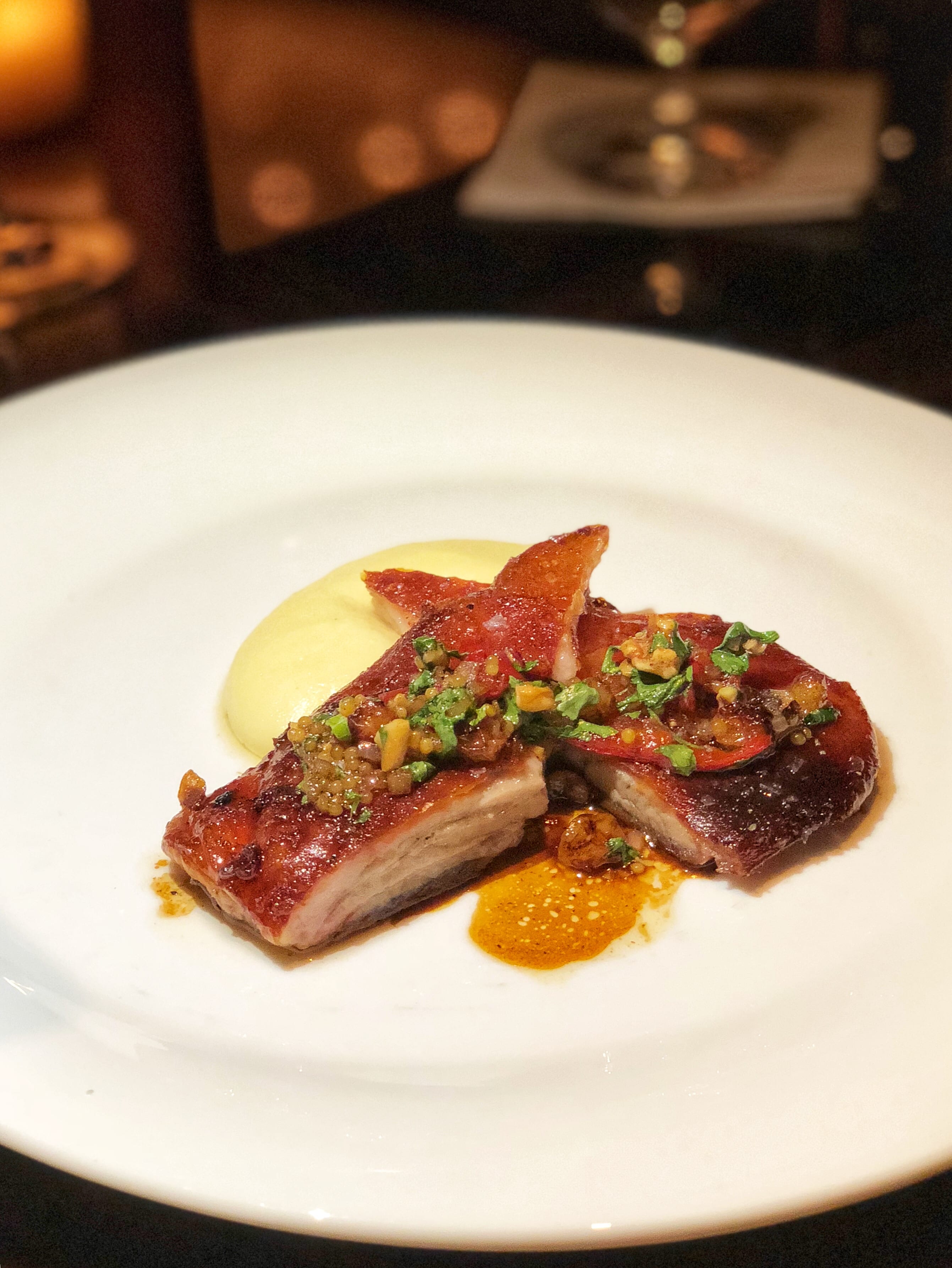 “There is something for everyone at 1919. People have this misconception that we are an expensive restaurant, but you can have a three-course meal for $60.00 and a four-course meal for $75.00” said Cuevas. You can also enjoy the chef’s creations in an exquisite chef’s table, only limited by the diners’ allergies, food preferences and time frame, with prices ranging from $90.00 to $120.00. 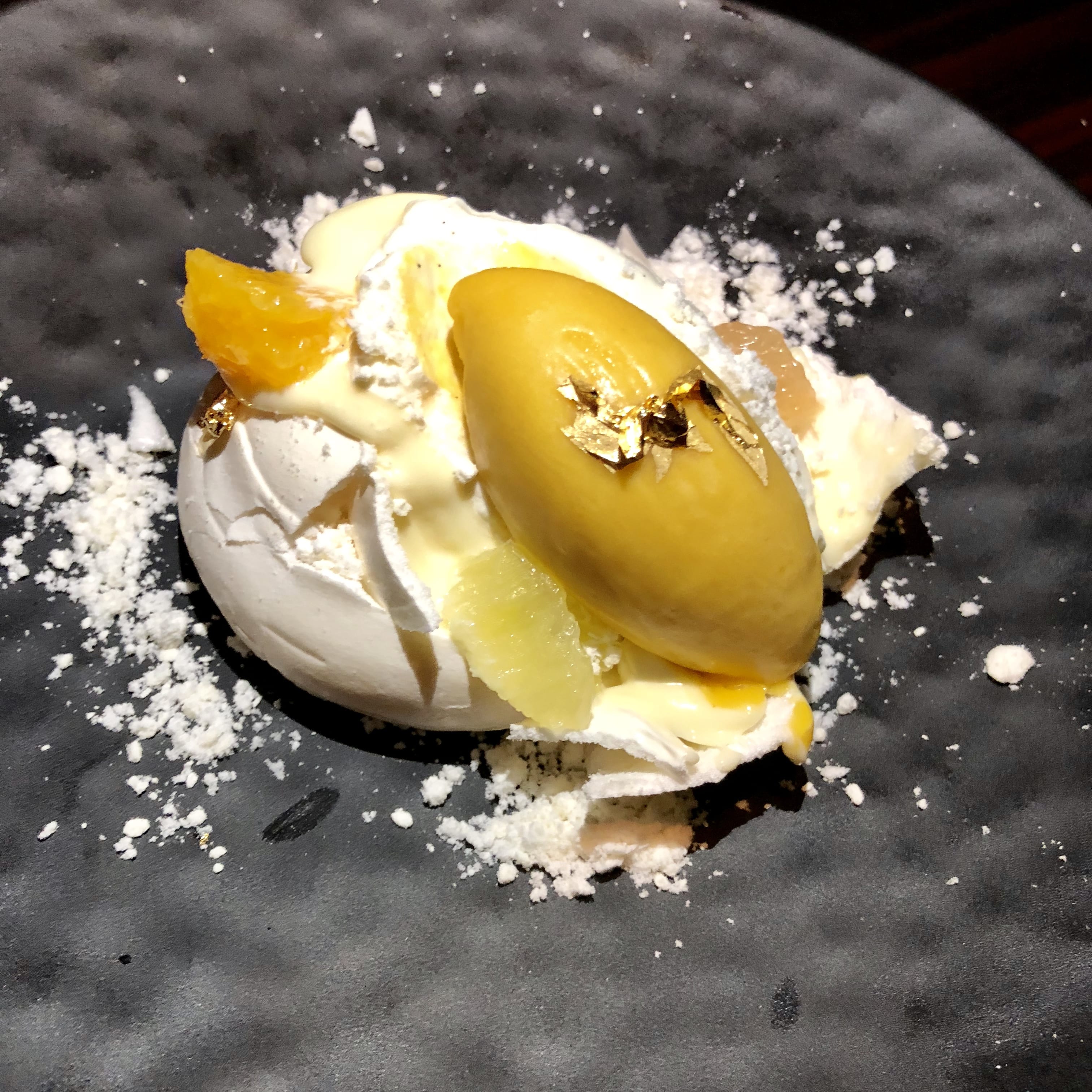 What chef Cuevas wants people to take from their 1919 dining experience is that it is a world class restaurant, right up there with the world’s best “We are the complete package, excellent service, superb wine list, great food, amenities which include amuse bouche, petit fours, and a take home gift. I want people to give us a chance. We have something for everybody. We want people to get out of their comfort zones and let us show them our distinctive global flavors.”

As we had previously announced, 1919 will be a part of Puerto Rico Restaurant Week which will be held from June 1 to June 10. Chef Cuevas tells us that even though he has not crafted the menu for the event, he never downgrades and plans to include at least one or two of the new menu items. “I believe it is a week for people that have not visited the restaurant to get to know us better. The menu consists of a pre-fixe three-course meal and you can get the 1919 experience at a highly competitive price.” 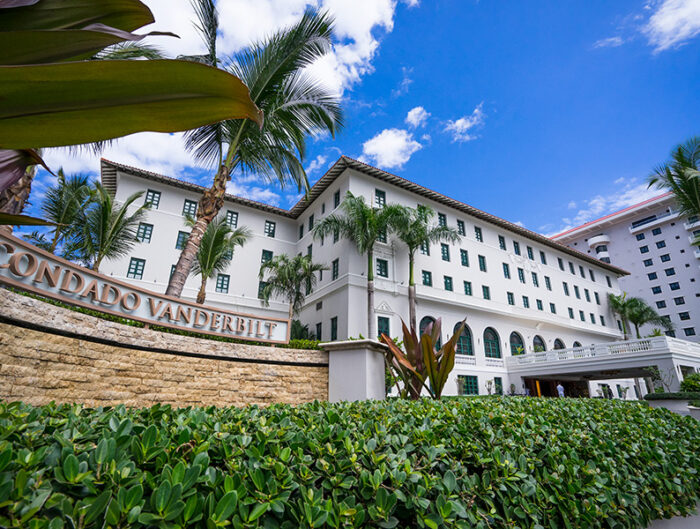 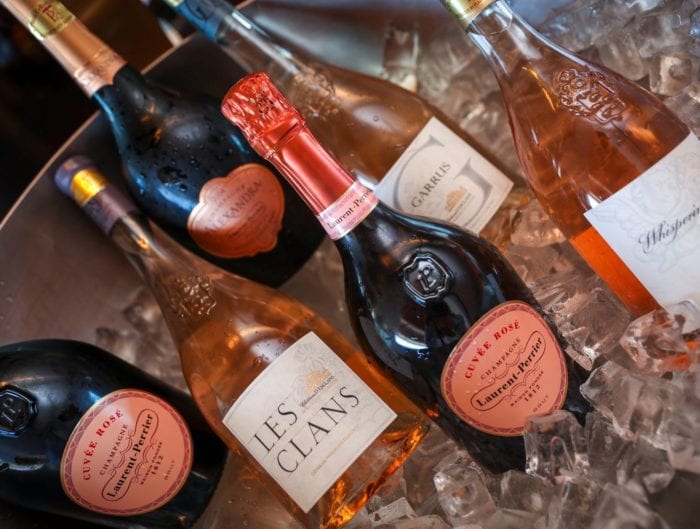 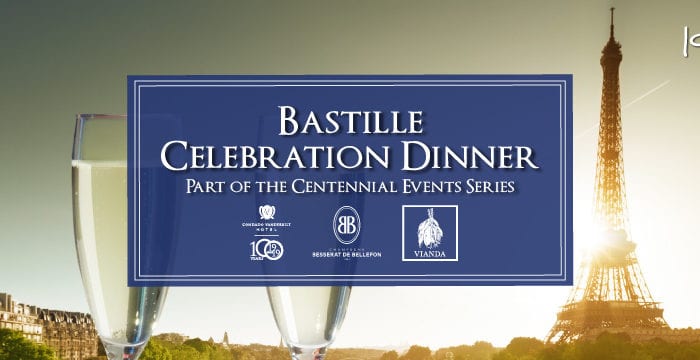 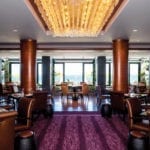